by Nath Mindanao 1 year ago1 year ago
41 shares 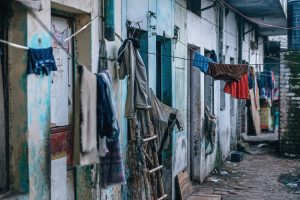 Philippine Statistics Authority(PSA) recorded that the among Filipino individuals, poverty incidence in 2018 dropped to 21 percent in the first half of 2018 from 27.6 percent determined from 2015 Family Income and Expenditure Survey (FIES). Significantly, there are 5.7 million Filipinos lifted from poverty in 2018.

The 6.6 percent dropped is influenced from the various reforms and investments that have generated employment for the Filipinos. Moreover, poverty incidence among Filipino families have reached 16.6 percent in 2018 from 22.2 percent in 2015.

In the 2018 FIES, a new poverty threshold was set at Php 10,481 for family with 5 members. On an average, this is the needed monthly income of a family to meet “basic food requirement and non-food needs”.

National Economic and Development Authority (NEDA) reported that the decline of poverty incidence in 2018 is brought about by different specific efforts namely:

The full report of FIES for 2018 will be released by PSA sooner.

Apart from the mentioned efforts of the government, strategies that will stabilize prices will also be carried-out to maintain the reduction of poverty incidence in the country. One of this, is the new law of   Rice Liberalization Law which aims to give farmers technical support through the Rice Competitiveness Enhancement Fund or RCEF.