PHL and Turkey to Train Farmers in Bangsamoro Region 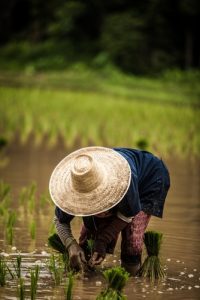 The Department of Agriculture (DA) reported that the Philippine government, together with Turkey, will soon to train farmers in Bangsamoro region with modern agricultural methods.

Through the joint exchange program, farmers will be trained on grains production, cattle, dairy farming, and goat raising. This will enable farmers to participate not just the halal markets within the country but most especially, in Middle East.

Moreover, the report from Business Mirror mentioned that Turkey Ambassador to the Philippines Artemiz Sumer agreed to start  the program in September.

“Under the exchange program proposed by the DA, he said local executives from the Bangsamoro region, agriculturists and farmer leaders will undergo a seven-day short course in Turkey, which would include exposure to its modern agricultural areas,” report said.

Agriculture Secretary Emmanuel F. Piñol explained that leaders and farmers in Bangsamoro region will be trained and exposed in different modern agricultural methods.

Further, the training will be separated into five batches which represent the five provinces of Bangsamoro Region.

“Through the Turkey International Cooperation Agency, will conduct follow-through programs to ensure that what the scholars learned would be applied in their farms,” Piñol said.

According to the DA secretary, exposing the leaders and farmers with the benefits of modern farming is the best way to influence their mindset to engage in agriculture. Also, the best way in doing this is to acquire learning from Muslim country has become the seventh-largest agricultural producer in the world.