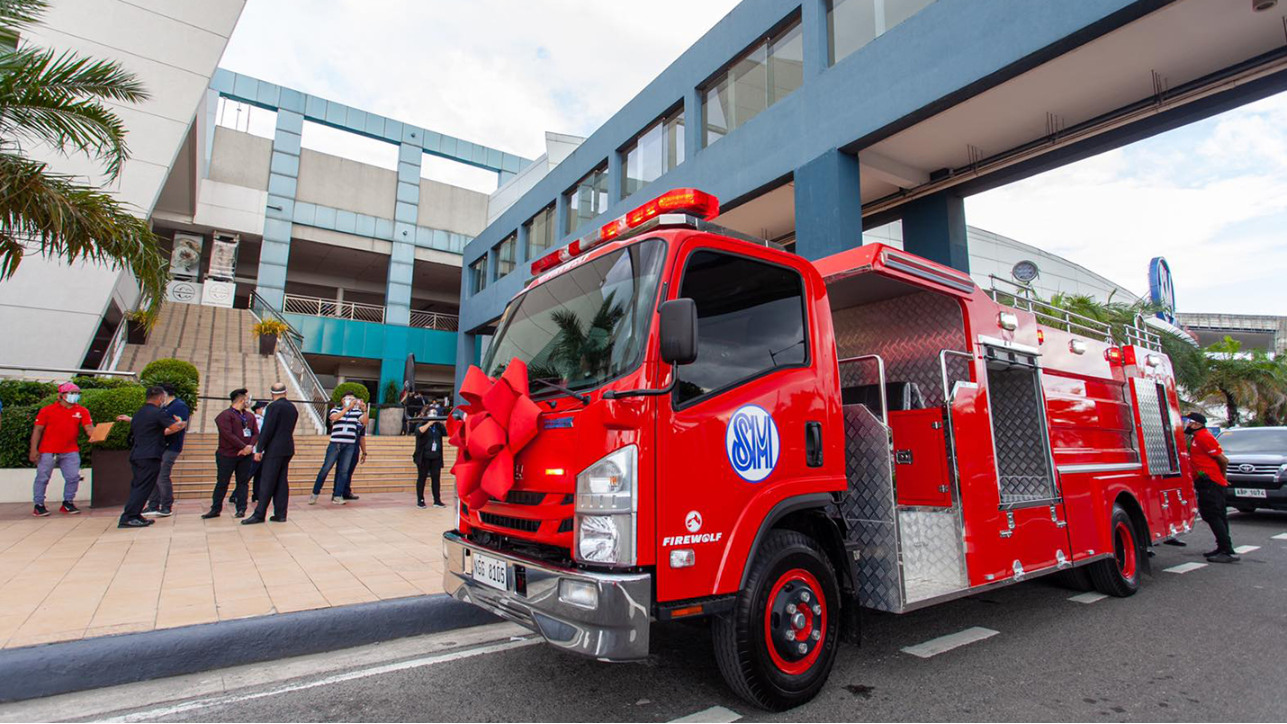 The MBOSS brings the services of the Bureau of Fire Protection to the business sector wherein local fire stations stage one-time permit processing centers in selected malls nationwide. This enables business owners, like SM Supermalls, its affiliated companies, tenants, and business establishments in the nearby communities to renew or apply for BFP issued clearances easily.

The innovation is done by BFP also answers the call of President Rodrigo Duterte, for government agencies to provide ways and means for the public including the private sector to have “ease of doing business” when transacting with government offices. More so, in the time of pandemic wherein, the business sector is a major factor for economic development.

SM Supermalls on its part lauds the BFP for the MBOSS endeavor as this is also another way of guaranteeing that the private sector is a critical participant in the creation of risk-resilient societies since businesses like the malls and its tenants must comply with government-mandated regulations especially the Fire Code of the Philippines and its Implementing Rules and Regulations. Through compliance with BFP regulations, SM helps to contribute to the prevention and suppression of destructive fires on its premises. This endeavor of the BFP is another step for disaster risk reduction and also part of good governance.

SM, as a lead advocate of disaster risk reduction (DRR) for the private sector in the Philippines, supports all efforts towards building a more resilient Philippines. The company puts a significant portion of its investment in the disaster risk resilient features of its malls. It spearheads advocacies and public-private partnerships towards DRR and is an active member and the national secretariat of ARISE-Philippines, the Private Sector Alliance for Disaster Resilient Societies. ARISE is a network of private sector entities led by the United Nations Office for Disaster Risk Reduction (UNDRR).

The Public-Private partnership of SM and BFP which was formally sealed in a Memorandum of Understanding  (MOU) signed in March 2019, is one way of acknowledging that there is progress in preventing disaster risks and losses of lives, livelihood, and health in support of the Sendai Framework for Disaster Risk Reduction 2015 – 2030.

Meanwhile, SM Prime also donated a fire truck to the BFP as part of SM’s commitment to supporting the Bureau in its prevention and suppression efforts of all destructive fires on buildings, houses, and other structures.

The donated Fire Truck has a water capacity of 4,000 liters and complies with the European Standard (EN) ISO 1028 certification.