by Nath Mindanao 2 years ago2 years ago
70 shares 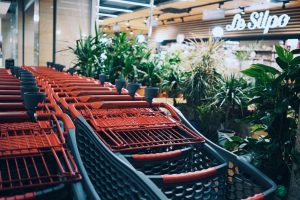 Bangko Sentral ng Pilipinas (BSP) reported that businesses are more optimistic in Q2 of 2019. However, Filipino consumers wary due of higher expenditure due to higher prices.

According to the latest results of Business Expectation Survey (BES)  businesses scored an increasing index of 40.5 percent in the second quarter from 35.2 percent in the first quarter of 2019.

As cited from the report of Philstar, the said record was the highest in six quarters or since hitting 43.3 percent in the fourth quarter of 2017.

Director of the central bank’s Department of Economic Statistics (DES),Redentor Paolo Alegre, mentioned that the positive outlook of businesses is attributed from the continued roll-out of government infrastructure.

“Respectively, the development projects with the approval of the 2019 national budget last April 15 by President Duterte as well as the election-related spending in the run up to the mid-term elections last May are also included in affecting the positivity of the businessmen”, report said.

Specifically, other factors such as the increasing demand due to the rising number of foreign and local tourists; enrollments; harvest periods; sustained increase of orders; projects for higher volume of production; expansion of businesses, and new product lines have influenced businesses to be optimistic in Q2 of 2019.

Apart from the optimism of businesses, the Gross Domestic Product (GDP) deemed to increase as well. “Duterte administration ramp up infrastructure projects as it plays catch up for public spending,”report stated.

On the other, the obtained latest data from the Consumer Expectation Survey (CES), consumers scored -1.3 percent in the second quarter from -0.5 percent in the first quarter.

Factors of rising household expenditure and prices of goods have negatively affect the Filipino consumers.

According to Alegre,”consumers on poor health and high medical expenses as well as water crisis may have also contributed to their pessimistic sentiment.”