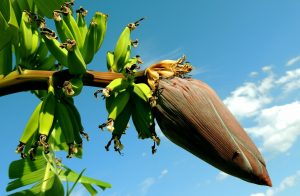 As cited in the report of Business Mirror, Australian Ambassador to the Philippines Steven J. Robinson said that there are progress in resolving the plant health issues of the tropical fruits from Philippines that seeks to enter Australian markets.

Moreover “Australia’s new representative to the Philippines said that he committed to Agriculture Secretary Emmanuel F. Piñol and Finance Secretary Carlos G. Dominguez III to facilitate the reopening of the Australian market for Philippine bananas.  Australian committee is now moving things and  hopes to come to a positive resolution.”

Apart from that, Australian markets will reassess the bid of the Philippine bananas, which have been banned for almost two decades.

Further, reported stated that technical documents were submitted by local stakeholders of banana industry,which was associated in the issue of sigatoka disease, to Canberra to examine quarantine standard inspections.

Based on the statement of Agriculture Undersecretary Ariel T. Cayanan, “the government is optimistic that the Philippines will be able to address the SPS concerns of Australia concerning the entry of locally grown bananas, and even sees the conclusion of Australia’s evaluation earlier than June”.

“I think we were able to inculcate and to impress to them that we are doing things right,”he added.

Significantly, the Australian committee will be examining the documents from January to June 2019.

Measures in ensuring Australian markets include the extensive discussion imparted by the Philippines regarding the SPS measures being carried-out by local banana producers. This was done by Cayanan during the  4th Australia-Philippines Agriculture forum held on November 28 in Canberra.

During the discussion, Cayanan highlighted the plant tissue cultivation of bananas that would mitigate the infestation of black sigatoka.