by Nath Mindanao 1 year ago1 year ago
27 shares 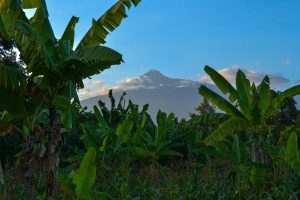 Philippine Food Processors and Exporters Organization Inc. (Philfoodex) seen that the earnings of the Philippines from agricultural exports might decrease by $4.8 billion, a 20% decreased from the $6 billion earnings, due to the declining world prices and supply setbacks.

“Lower production of farm products and a reduction in the output of processed food were attributed from the infestation of plant diseases and climate change”,Philfoodex President Robero C. Amores said.

Moreover, the report from Business Mirror stated that Amores emphasized the delayed of maturity of mangoes that is affected by the weather problems which also impact the processed products.

“But one of the laggards in terms of export revenue this year would be coconut oil as the glut in vegetable oil caused prices of the country’s top farm export to record a steep cut”, Amores said.

Based on the data of Philippine Statistics Authority (PSA) ,coconut oil shipments alone fell to $1.1 billion, from the $1.614 billion recorded in 2017 while total agricultural exports last year declined by 8 percent to $6.033 billion, from $6.578 billion in 2017.

Further, Amores also revealed the production outputs for pineapples and bananas were short in supply due to plant diseases and climate change as well.

On the other, Amores also signified that the Philippines can be in advantage due to the trade tensions between the United States and China yet failed to do so because of the setbacks of supply.