by Nath Mindanao 1 year ago1 year ago
49 shares 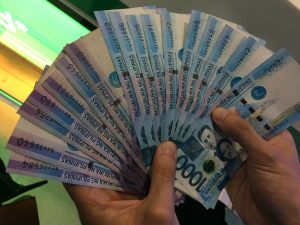 Department of Finance (DOF) reported that Philippines may turn into an upper-middle income economy this year.

Finance Secretary Carlos Dominguez said that the Philippines is on track to attain this year’s target due to the strong and growing economy and World Bank’s support.

During the recent Philippine Day Forum held at the sidelines of the International Monetary Fund-World Bank meetings in Washington, DC, Dominguez imparted that “for many decades, the World Bank helped many emerging economies achieve sustainable development. This year, as the bank celebrates its 75th year, we are proud to announce that the Philippines will achieve the status of an upper middle-income nation ahead of schedule”.

Based on the report in Philstar, “Philippines’ medium term development plan, the government aims to transform the country into an upper middle-income status by 2022”. According to World Bank, upper-middle income economy has gross national income (GNI) per capita of between $3,896 and $12,055 .

Moreover, “Duterte administration would be able to achieve this goal as early as this year”, Socioeconomic Planning Secretary Ernesto Pernia stated.

Last year’s Gross Domestic Product (GDP) posted a growth rate of 6.2 amid of the soaring domestic inflation and oil prices. Further, “Dominguez said that Philippines today is one of the fastest growing economies in the world, expanding at an average of 6.5 percent in the first 10 quarters of the Duterte administration”.

Apart from the GDP, “decrease in crime volumes, the establishment of the Bangsamoro Autonomous Region for Muslim Mindanao, the Comprehensive Tax Reform Program (CTRP), and the Build Build Build program also attributes to the development”, Dominguez mentioned.