Government will Train Farmers and Women’s Groups to Produce Natural... 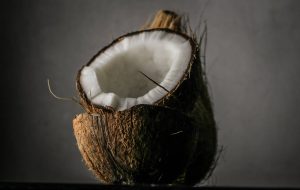 Department of Agriculture reported that the government plans to train farmers and women’s groups to produce natural vinegar in order to ease oversupply of coconut.

As cited in the report of Business Mirror,”DA and the PCA will conduct the one-day orientation and workshop under the Natural Vinegar Production Program, which will be launched on May 28. Under the program, farmers and women’s groups will be trained to produce vinegar using coconut, nipa sap, coco water, sugarcane juice, banana and other fruits”.

On the other hand, Agriculture Secretary Emmanuel F. Piñol  noted that experts in the field and farmers and entrepreneurs who are already producing vinegar are deemed to be invited in the orientation-workshop of vinegar production.

Piñol stated that “the workshop will tackle a number of subjects including the potentials of natural vinegar for household and industrial uses, equipment for processing coconut water into vinegar developed by the Department of Science and Technology (DOST) and the loan program of the Agricultural Credit Policy Council” .

The secretary also imparted that in the past, the government has neglected the opportunities brought by the vinegar production.

Moreover, it is also an opportunity to revive the vinegar production of the Philippines since consumers are shifting to become more health-conscious.

“DA is rolling out the natural vinegar production program after the Philippine Nuclear Research Institute’s (PNRI) found that most commercial vinegar brands use synthetic acetic acid”.

As mentioned in the report,”researchers from the PNRI used isotope-based analytical techniques to determine that from more than 360 samples of vinegar in the Philippines. They found out that 8 out of 10 are made from synthetic acetic acid”.