Coffee for Peace to Promote Coffee Growing in Conflict Areas

by Nath Mindanao 1 year ago1 year ago
40 shares 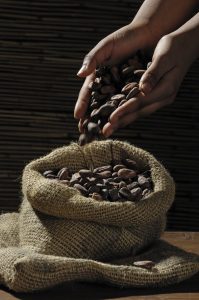 Coffee for Peace, Inc, a social enterprise, eyes to promote coffee growing in conflict areas in order to meet the domestic demand which is being supplied by large imports.

Specifically,Coffee for Peace will carry out joint coffee production by training the communities to produce coffee. This does not only aim to improve welfare of the communities but most importantly, to promote harmony within the community.

At present, according to Felicitas B. Pantoja, chief executive officer of Coffee For Peace (CFP), Vietnam, Indonesia, and Malaysia supply 70% of the domestic demand.

As cited in the report from Business World, Ms.Pantoja said that “these areas are mostly where our tribal communities live, and where some rebels are hiding. These also should be forested, but due to indiscriminate logging practices by private companies and slash-and-burn farming by some tribal communities, those areas are left barren and with only cogon grass for cover.”

Ms.Pantoja also said to the email interview with Business World, “the concept of “Coffee for Peace” started during our involvement in peace and reconciliation in 2007 in the Pikit area of Midsayap (Cotabato). We were listening to the stories of conflict about land and resources from two different parties, the Bangsamoro Maguindanao people and migrants from the Visayan region. We observed that serving coffee to them to sit down and dialogue, facilitates clarification of issues that would lead to conflict resolution.”

Moreover, Ms. Pantoja also mentioned that communities in Mindanao are mostly reconciled groups. They were able to progress because threats were reduced.

Currently, Coffee for Peace trained around 880 farmers in six various locations. Based on the report, “the coffee enterprise obtain two cluster communities in Davao Del Sur; three clusters in Bukidnon, one in Mt. Matutum; two communities in Kalinga; one in Mindoro; and one in Antique.”

Respectively, aside from growing coffee in conflict areas to improve welfare and radiate peace , Coffee for Peace has reforested 21% of the areas being operated.

Coffee for Peace has an outlook of recycling their waste to generate income such as coffee pulp. Ms. Pantoja said that “once all of this is set up, we can replicate the model in other countries and we can use this for social franchising.”